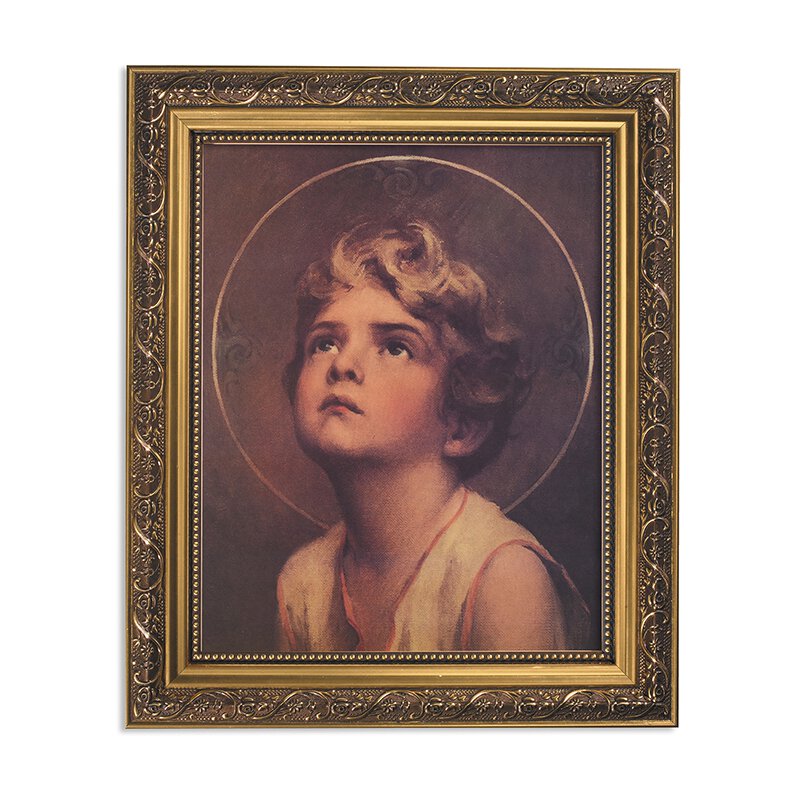 Charles Bosseron Chambers, a Catholic born in St. Louis in 1883, studied in Berlin, Dresden, Vienna and Italy before settling in Manhattan with his wife, Anne. While he painted and drew secular subjects, Chambers is best known for his religious art. The images were almost always portraits – immediate, unambiguous, prettified – but while some art critics at the time dismissed his work as overly sweet, his art was immensely popular. During the first half of the 20th Century, his "Light of the World" was the most popular religious print in America. "He's the artist who threw a bucket of paint into the religious art world," wrote Edward Doherty in Liberty magazine in 1941. "He's a rebel. He's a modern. He's the man who revolutionized the whole business... He's given his work a modern touch, a distinctly American." Available from Gerffert in your choice of two distinct frames. Includes Easel Back and Metal Hangers for Wall Mounting. Boxed.