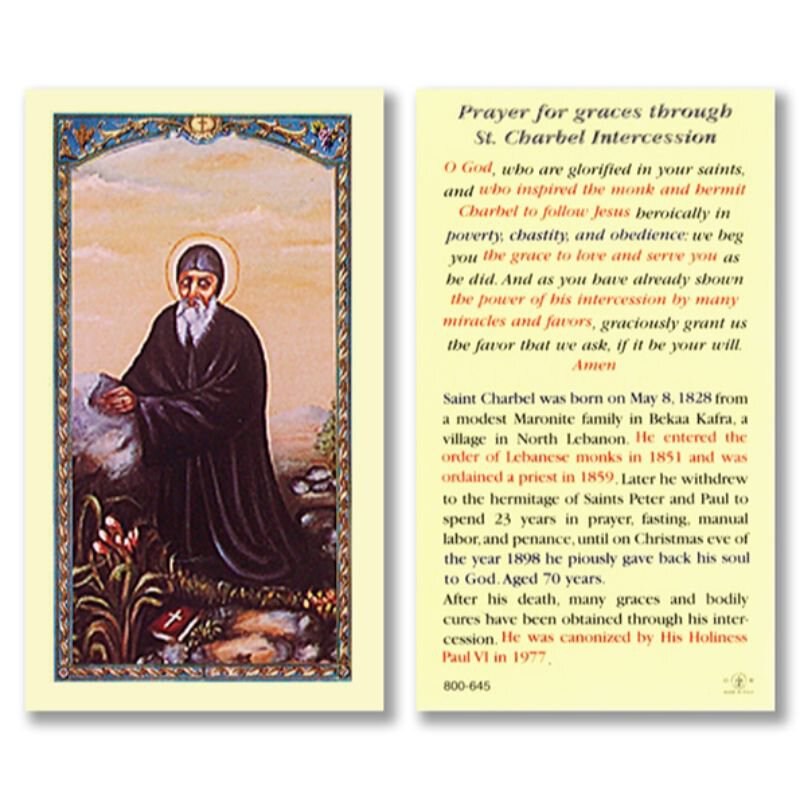 This laminated holy card from Gerffert® features a beautiful Catholic image on the front with a distinctive gold foil stamping design around the edge. It includes a prayer on the back and crystal-clear laminating for durability.

Prayer on back:
Prayer for graces through St. Charbel Intercession
O God, who are glorified in your saints, and who inspired the monk and hermit Charbel to follow Jesus beroically in poverty, chastity, and obedience, we beg you the grace to love and serve you as he did. And as you have already shown the power of his intercession by many miracles and favors, graciously grant us the favor that we ask, if it be your will. Amen.
Saint Charbel was born on May 8, 1828 from a modest Maronite family in Bekaa Kafra, a village in North Lebanon. He entered the order of Lebanese monks in 1851 and was ordained a priest in 1859. Later he withdrew to the hermitage of Saints Peter and Paul to spend 23 years in prayer, fasting, manual labor, and penance, until on Christmas eve of the year 1898 he piously gave back his soul to God. Aged 70 years. After his death, many graces and bodily cures have been obtained through his intercession. He was canonized by His Holiness Paul VI in 1977.

Prayer for Graces Through St Charbel 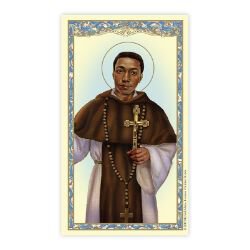