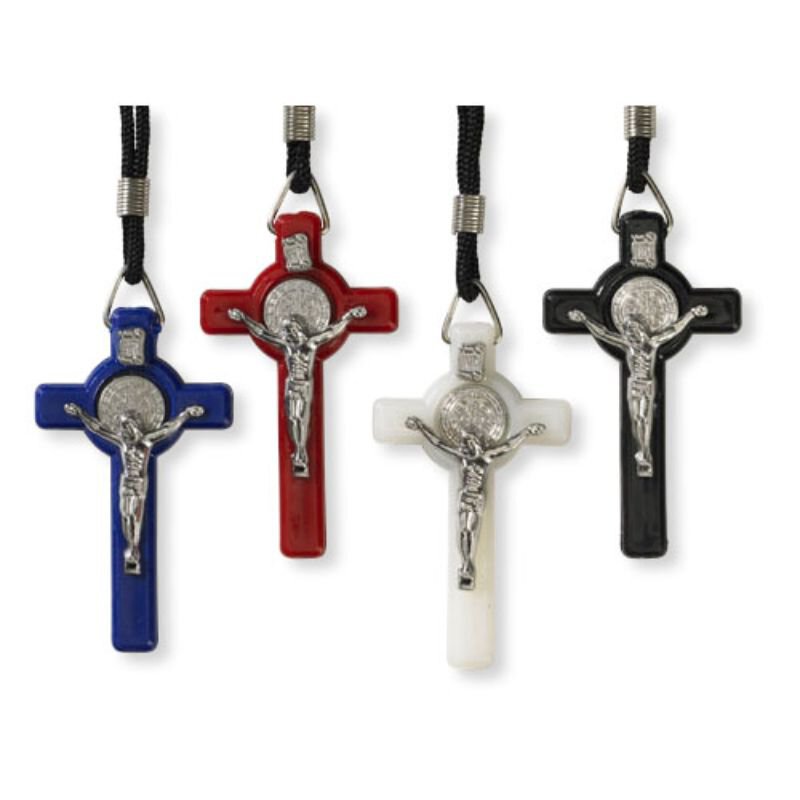 This pendant assortment includes 4 colors: red, blue, white and black. Each pendant comes with a 22" L black cord for wearing around the neck.