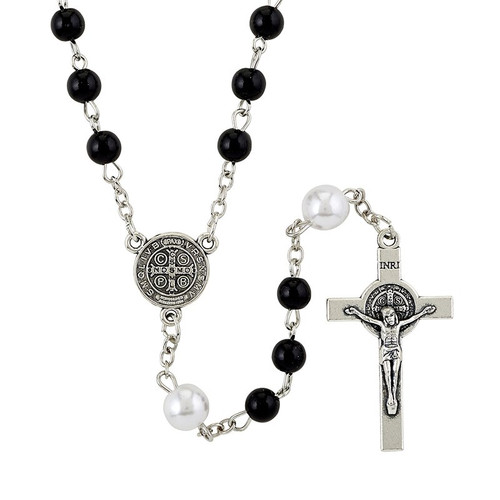 Each rosary features black 6 mm imitation pearl beads with white 8 mm Our Father beads, a devotional centerpiece and a traditional crucifix. Makes a perfect, affordable gift for anyone with a special devotion to St. Benedict.