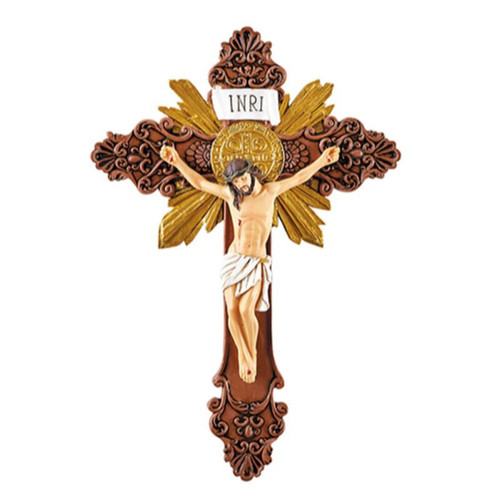 This unique crucifix comes with an ornately designed background and gold features.