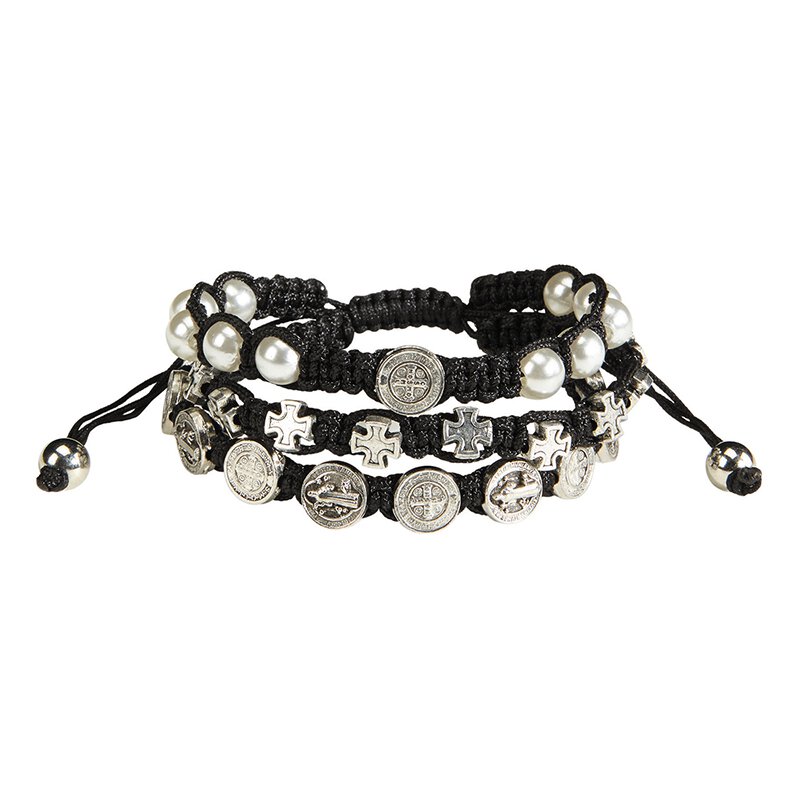 This bracelet is crafted using durable nylon cord and zinc alloy beads. Each bracelet is adjustable so it can be sized and worn by just about anyone.