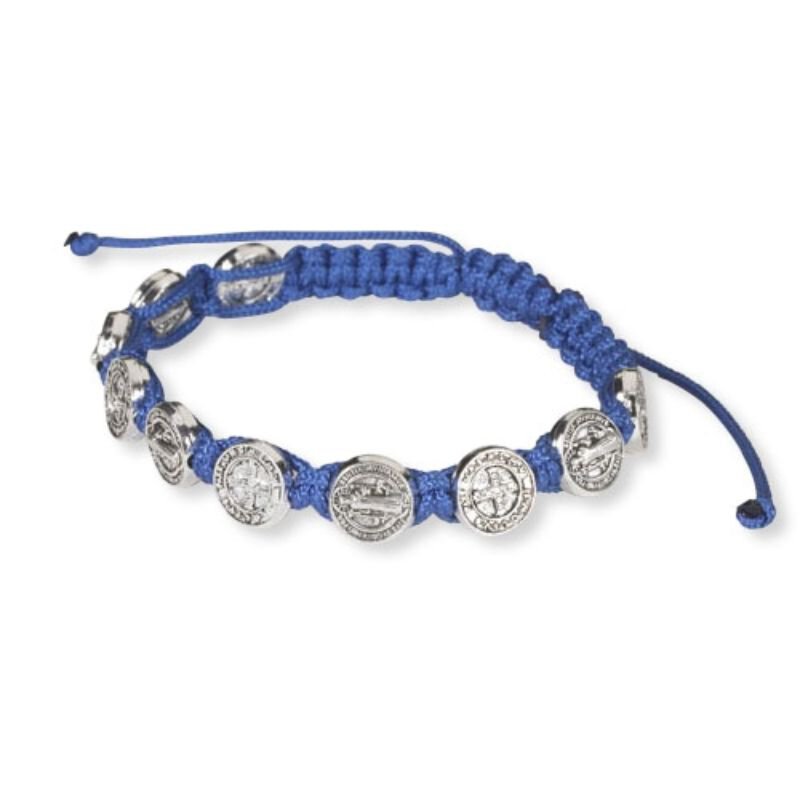 This popular bracelet comes with 10 alternating St. Benedict medals strung on a durable nylon cord. Each bracelet is adjustable so it can be sized and worn by just about anyone.