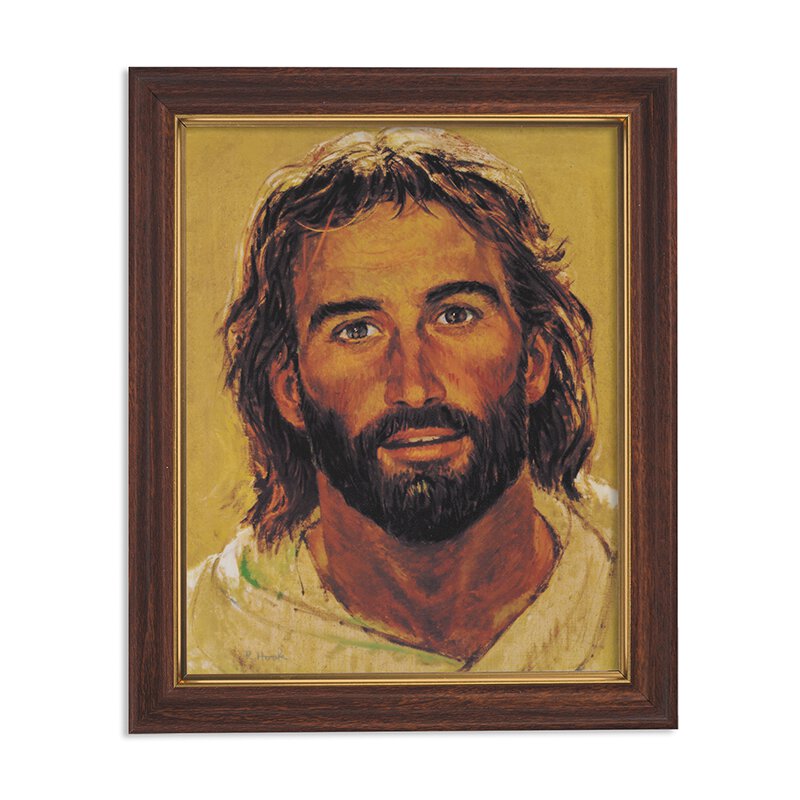 Born in Ambler, Pennsylvania, Frances' artistic talents at an early age led to a scholarship to the Pennsylvania Museum School of Art. Following graduation Frances embarked on a highly successful commercial art career. The most well-known creations from her early career were the adorable children she created for Northern Tissuein the late 1950's and early 1960's. As the demand for commercial art waned with the growth of television, Frances focused her attention on the inspirational market. The sensitivity with which she portrayed children received wide acclaim from the religious publishers of the day. Her portrait of Christ entitled The Carpenter started out as a simple chalk drawing on brown wrapping paper, has been referred to as the definitive portrait of Christ created in this century. Available from Gerffert in your choice of two distinct frames. Includes Easel Back and Metal Hangers for Wall Mounting. Boxed.