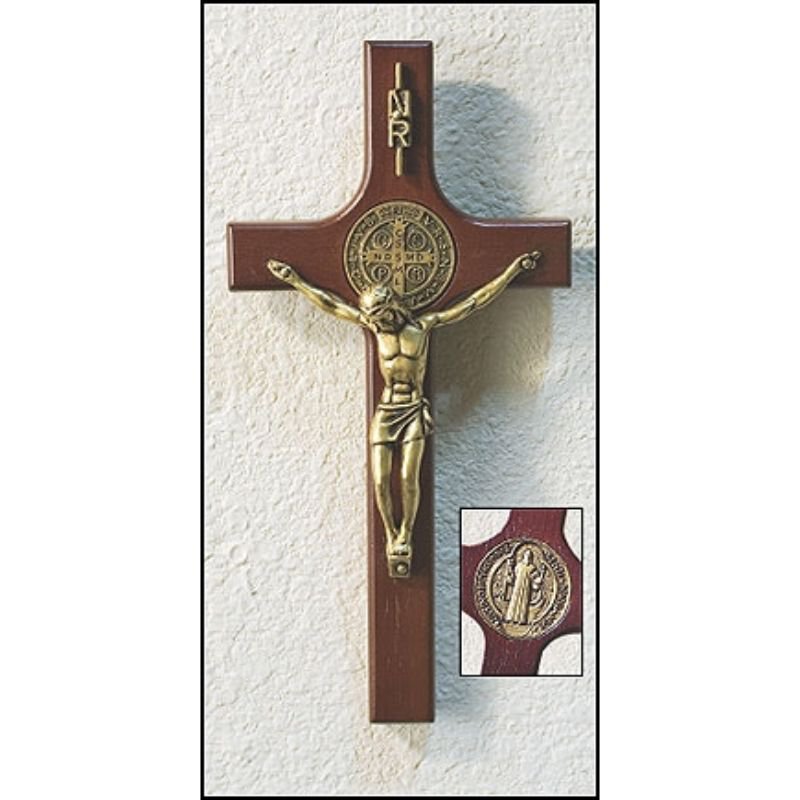 This St. Benedict crucifix comes with a wood cross and resin corpus.