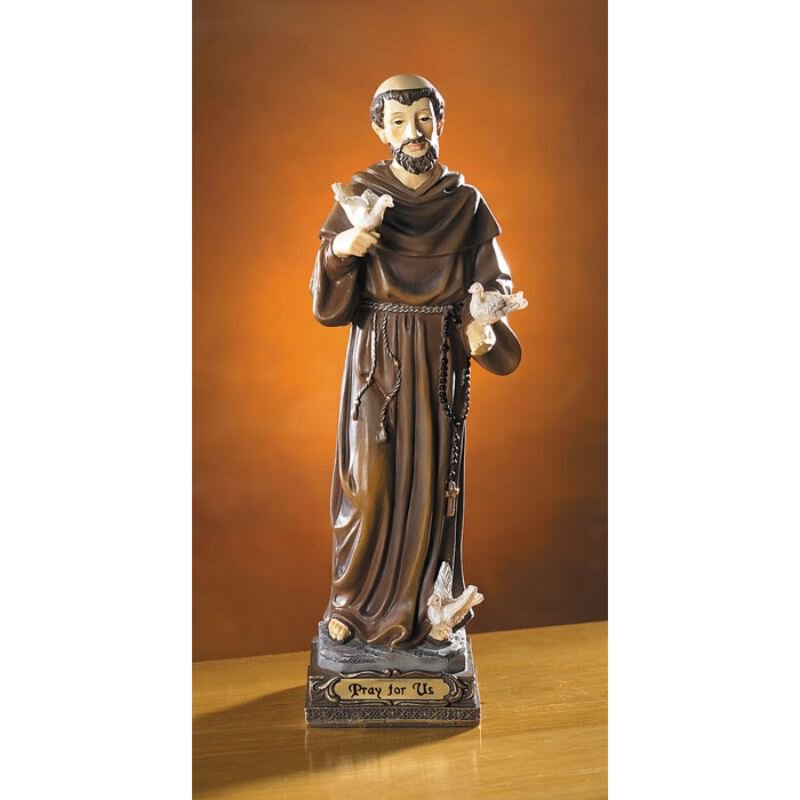 This statue is the perfect size for any home, office or small chapel. It is completely hand-painted, comes on a decorated base and includes a name plate.

Pope Gregory IX canonized Francis on 16 July 1228. Along with Saint Catherine of Siena, he was designated Patron saint of Italy. He later became associated with patronage of animals and the natural environment, and it became customary for Catholic churches to hold ceremonies blessing animals on his feast day of 4 October.