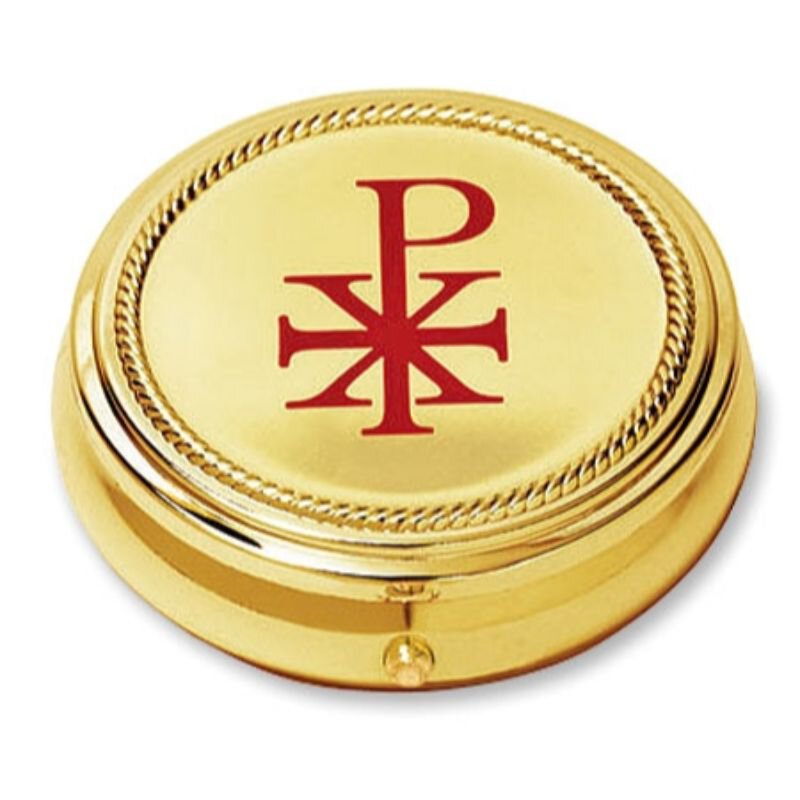 The Chi Rho is one of the earliest forms of a Christogram. The Chi-Rho was found in the catacombs, on ancient lamps, and elsewhere. It stands for the first two letters of the Greek word, Christos. It is formed by superimposing the first two (capital) letters Chi and Rho (ΧΡ) of the Greek word “ΧΡΙΣΤΟΣ” (Christos) in such a way to produce the monogram.

Use our Chi Rho communion pyx to safely carry consecrated hosts to sick and hospitalized. This provides an important link and allows them to take part in a fundamental part of being Catholic when they can't attend the sacred ceremony. This polished brass communion pyx with a gold finish will remind both the Eucharistic Minister and the person receiving the Eucharist of the ultimate sacrifice that Jesus made for all of us. Holds 20-25 hosts and fits in burse 61904.

Sold in increments of 2 per pack. 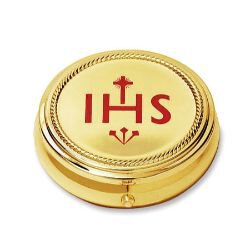 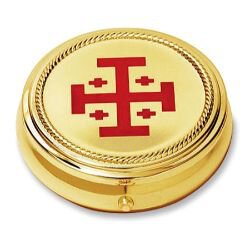