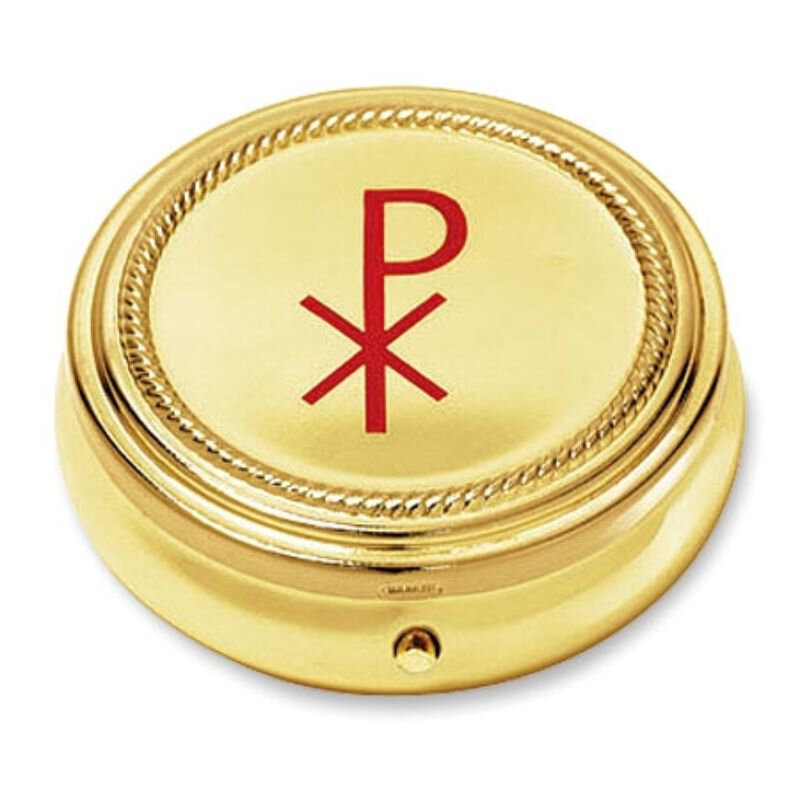 The Chi Rho is one of the earliest forms of a Christogram. The Chi-Rho was found in the catacombs, on ancient lamps, and elsewhere. It stands for the first two letters of the Greek word, Christos. It is formed by superimposing the first two (capital) letters Chi and Rho (ΧΡ) of the Greek word "ΧΡΙΣΤΟΣ" (Christos) in such a way to produce the monogram.